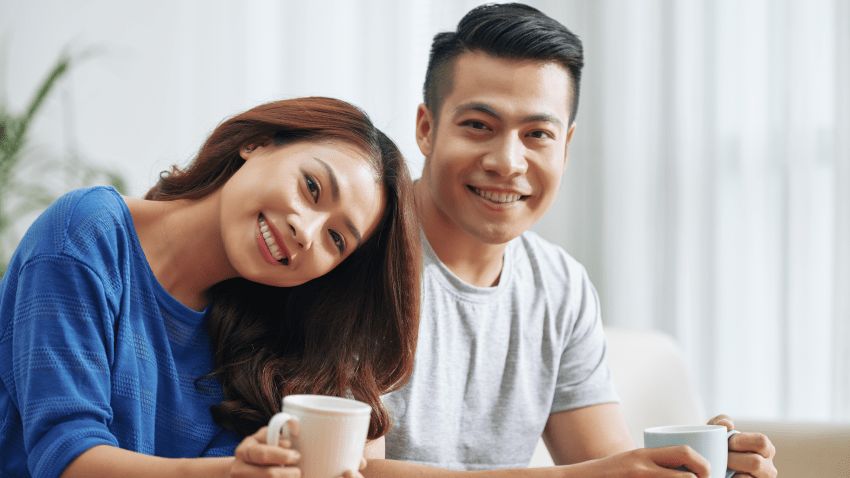 The federal government has announced visa rule concessions so that applicants don’t have to leave the country to apply for certain visas during the pandemic.

The federal government is introducing visa concessions so that offshore family and partner visa applicants don’t have to leave the country  to get their visa during the coronavirus pandemic, but there are concerns the changes won’t come soon enough.

Applicants and advocates had been pushing for the changes, which will mean certain applicants no longer have to be outside Australia when their visa is granted for it to be approved.

The government says the changes will be introduced in “early 2021”.

Amelia Elliott, who runs a Facebook group for partner visa holders and applicants affected by the closed borders, welcomed the move but said it needed to happen sooner.

Her husband Bowie Domingo, who is from the Philippines, flew from Melbourne to Singapore to have his visa granted.

“A lot of those couples who are affected, their visas are going to expire in December, January, February … so while there is excitement that change is coming, it’s change that was needed yesterday, not next year,” she told SBS News.

“Acting Minister for Immigration Alan Tudge could bring these amendments next week, if he wanted to.”

Travel a tough ask during pandemic

SBS News previously spoke with families unsure of how they would manage border arrangements and the requirement to be offshore to be granted a visa.

For Sydney-based couple Johan and Kentley Erlandsson – who lodged their initial application in April last year – the prospect of having to meet the requirement presented a difficult challenge.

When they spoke with SBS News, Ms Erlandsson, a citizen of the Philippines, was in Australia on a tourist visa, along with her daughter Johana, six. The couple also has a child Annie, two, who is an Australian citizen.

Amid the demands of a young family, Johan, who is Australian, has leukaemia and was concerned he would not be able to travel with the rest of his family offshore to have the partner visa granted.

“I can’t go with them because of my condition, it is too dangerous for me to fly at the moment with such a low immune system,” he told SBS News.

In addition to concerns over health risks and added flight and quarantine costs being imposed on applicants during the coronavirus pandemic, there were fears the requirement risked increasing demand for hotel quarantine places.

Such concerns prompted Labor MP Julian Hill to call for changes through a bill that would allow the partner (subclass 309) visas to be temporarily granted while onshore, in a measure that would proceed until 31 December 2020.

“It seems like common sense in the middle of a global pandemic,” Mr Hill previously said.

Labor’s home affairs spokesperson Kristina Keneally tweeted on Sunday that Labor would be proceeding with Mr Hill’s bill, as the changes should be made sooner.

“We want to free up quarantine spots for stranded Aussies, it is ridiculous the government makes partner visa applicants leave Australia right now to get their visa. It just clogs quarantine. They should make this change immediately,” she tweeted.