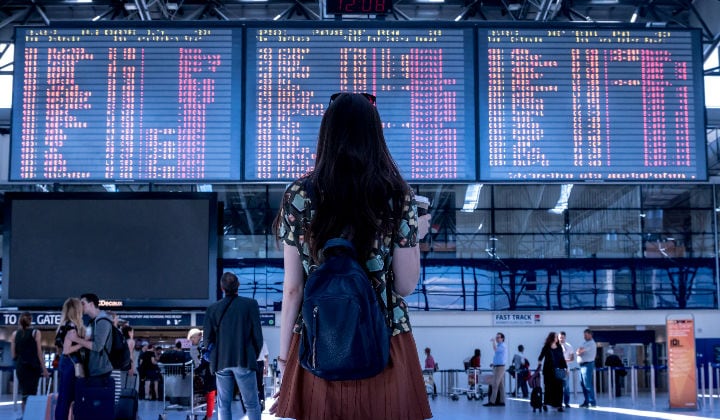 Where Would We Rather Be In Covid Times?

These are uncertain times for us. With the number of Covid cases rising in Malaysia and having gone through several MCOs, we still can’t see an end in sight.

Yet, how is it that in places like Australia and Singapore, numbers remain remarkably low? What has that meant for the country and its residents?

If we’re honest, most of us would love the option to be somewhere else right now. Imagine the power another passport or resident visa might afford. It’s the option of another home base, where we will have greater support and better security.

In saying that, below we take a closer look at some of the data and policies from some of these countries and how they have shaped the way the pandemic has played out for them.

Australia is the place to be right now. At this point of writing, its residents are enjoying the normalcy of a mostly Covid-free community. Businesses are buzzing again, schools are running, people are gathering without restriction.

So, how did they achieve this? There are several factors but some main ones include the government’s ability to manage the virus, their well-equipped healthcare system, and the economic support provided for affected individuals.

Government’s response: Australia imposed a 5-month lockdown in Victoria where cases were at their highest. Instructions were clear and rules were enforced. They also tightened border security limiting flights there. Only residents and citizens were allowed to enter the country and even so, had to go through stringent checks and a 2-week quarantine.

Healthcare: Australia has a great healthcare system (aka Medicare) that all citizens or residents can access. They are one of the leaders of Covid testing and were the first to implement drive-through testing clinics back in March 2020. Their deaths per capita remain comparatively low due to the quality and sufficiency of their healthcare facilities.

Social support: Early on, the government set aside an economic bailout worth $130 billion. This included wage subsidies and financial support for businesses and employees. People who weren’t able to work or who lost their jobs continued to receive a biweekly wage up to $1,500. This helped families and the economy stay afloat so that they could recover quickly once restrictions were lifted.

Let’s take a look at our neighbour down south. It’s no doubt they’re models in terms of their handling of the virus. Here are some factors.

Government’s response: As expected, the Singaporean government was efficient in responding to rising numbers. They successfully implemented circuit breakers that were strict, clear, and well-enforced. They also put border restrictions in place early on, requiring a two-week quarantine for all visitors.

Healthcare: Singapore boasts state-of-the-art healthcare. As numbers were at their peak, many healthcare facilities were stretched but managed to cope. Their total Covid deaths remain one of the lowest in the world at just 30. Singapore was also one of the first to start making vaccines available to its residents. To date, about 1 in 3 Singaporeans have received at least one dose, with the aim of doubling that by July 2021.

Social support: The Covid 19 Recovery Grant was put in place to help affected individuals. This included a monthly payment of up to $700 for 3 months. In addition, individuals from lower-income families who contracted Covid could apply for a Courage Grant which was a lump sum of $1,000 to help them cover their expenses.

Canada’s been interesting to watch. For a developed nation, their performance towards Covid has been below average, but not completely terrible. Let’s look at some of the details.

Government’s response: Canada’s been criticised for the government’s sluggish response to the pandemic. This combined with initially loose border security caused numbers to soar. But they’ve since tightened traveling restrictions, increased testing, and rolled out the vaccines leading to more manageable conditions and a hopeful outlook.

Healthcare: Like most other countries, Canada’s healthcare system struggled when cases were at their peak. But with their quick and impactful vaccine rollout, approximately 40% of Canadians have had at least one dose leading to a decline in cases and less stress on hospitals.

Social Support: Canada introduced several programs to help individuals and businesses affected by Covid. This includes a benefit of $500 weekly for people who have lost employment or who are recovering from the virus and unable to work. There’s also the Canada Emergency Wage Subsidy which covers 75% of an employee’s pay to avoid lay-offs during this time.

As of now, our daily numbers exceed 7,000. Our healthcare system is struggling to cope. Malaysians are tired and anxious. Let’s look at how we got here.

Government’s response: One year ago, the government announced a Movement Control Order to reduce the spread of the virus. We succeeded, and we were proud. But it didn’t last long. Before we knew it, due to a lack of enforcement and consistency, numbers rose again and now we’re in complete lockdown again.

Healthcare: Malaysia has a decent healthcare system that all citizens and residents can enjoy. Initially, when numbers weren’t as high, our Covid death rates remained low. But, due to rising cases, our facilities are overwhelmed and we don’t have enough supply for the demand. Our vaccine rollout, while slow initially, is slowly picking up but our rates are still much lower making it harder to achieve herd immunity.

Social support: The government introduced a Wage Subsidy Program to help businesses keep their staff by providing RM600 per employee. In addition, there’s also the PERMAI Special Prihatin Grant that includes a lump-sum of RM1,000 or RM500 for SMEs affected by the MCO. The latest grant under PERMAKASA aims to encourage the employment of gig employees. Employees will be awarded RM600 per month for 6 months among other benefits.

As you can see, factors like government policies, adequate healthcare, and sufficient social support make all the difference in the quality of life, especially when faced with a global crisis.

Given a choice, we all want to be in a country that cares about its people enough to protect them physically and support them socially. For some of us, that’s an option. But for the rest, we simply have to weather the storm as best we know and work towards positive change right where we are.

James Yap currently heads Rayford Migration and has over 16 years of experience in the industry. He has assisted more than 10,000 people in obtaining permanent residency to various countries.